But it’s also a danger. The World Health Organisation (WHO) has described noise pollution as an underestimated threat that can cause hearing loss, cardiovascular problems, cognitive impairment, stress and depression. Some experts go further: they believe exposure to environmental noise could be slowly killing us. 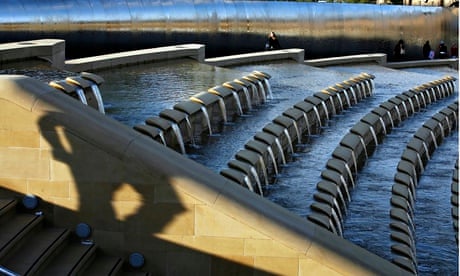 What will our cities sound like in the future?

Noise pollution is often cited as one of the main factors in the reduced quality of life in large, 24-hour cities like New York (where more than 200,000 noise complaints were recorded in 2016). It causes stress, which has its own adverse effects on health.

While the impact of noise on mental health has not been studied extensively, research has shown that “strong noise annoyance is associated with a twofold higher prevalence of depression and anxiety in the general population”.

At a conference on noise organised by the European commission in April 2017, noise was regarded as “the silent killer”, with potentially severe consequences for our physical and mental health. And yet its impacts remain unreported and underestimated.

Though there is no set threshold to establish risk, anything above 60 decibels can increase risk for heart disease

Most worrying, says King, is the impact on children. “Studies considering the effect that noise may have on children have found that tasks such as reading, attention span, problem-solving and memory appear to be most affected by exposure to noise.”

The issue is compounded by debate over how much noise it is safe to be exposed to. In its Make Listening Safe guide, WHO states that 85 decibels is considered the highest safe exposure level, up to a maximum of eight hours. However, others – Fink among them – argue this is still too loud.

A car measures 70 decibels, a jackhammer 100, and a plane taking off 120, according to the WHO. “Though there is no set threshold to establish risk, we do know that anything above 60 decibels can increase risk for heart disease,” Dr Thomas Münzel, from the Mainz University Medical Centre, has said.

A recent report by the BBC found that parts of the London Underground were “loud enough to damage people’s hearing”, with noise levels greater than 105 decibels on many lines. The report stated that some were “so loud they would require hearing protection if they were workplaces”.

Concerned about increased risk of hearing loss in cities, last year Mimi Hearing Technologies created a World Hearing Index to draw attention to the issue. With the results of hearing tests of 200,000 of their users worldwide and data on noise pollution from WHO and Sintef, a Norwegian research organisation, the index plotted levels of noise pollution and hearing loss in 50 cities.

The study found that, on average, a person living in the loudest cities has hearing loss equivalent to that of someone 10-20 years older. Overall the results showed a 64% correlation between hearing loss and noise pollution.

Guangzhou, China, ranked as having the worst levels of noise pollution in the world, followed by Cairo, Paris, Beijing and Delhi. Of the 50 cities, Zurich was found to have the least noise pollution.

“We were able to collect quite a unique hearing data warehouse on hearing abilities across countries and continents,” says Henrik Matthies, managing director of Mimi Hearing Technologies. “There is an obvious known correlation between being exposed to noise and decreased hearing ability.

“However, mapping this correlation to cities helped us to get the message out, sparking a debate about noise pollution and hearing in megacities like Hong Kong and Delhi.”

But what can be done about it?

“The EU are probably the world leaders at setting out a process to tackle noise pollution,” says King. In 2002, it issued an environmental noise directive that requires member states to map noise exposure in urban areas holding upwards of 100,000 people, to develop noise abatement action plans in these areas and to preserve quiet areas.

If we could make planes, trains and ​​cars quieter ​we would solve a lot of our problems.

But good intentions only go so far. “The problem is that there is no real enforcement associated with these action plans,” says King. “Until there is more of a political will to drive planning decision related to noise, I don’t think much will change.”

With road traffic by far the largest source of noise pollution in Europe, affecting an estimated 100 million Europeans, concepts like Paris’s car-free day could have an impact. For one day every month in the French capital, 30% of the city becomes off limits to vehicles. The project has seen sound levels in the city centre drop by half.

“The most effective way to control noise is at the source. If we could make planes, trains and cars quieter we would solve a lot of our problems,” says King. “If all vehicles in a city street were electric, noise would be significantly reduced.” 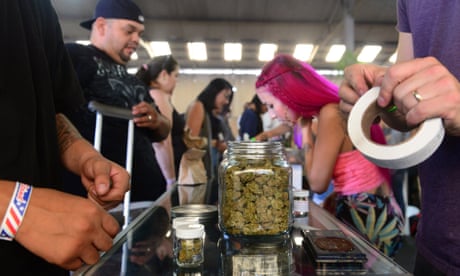 Which city in the world has the cheapest cannabis – and the most expensive?

Increasingly citizens can also do their bit to monitor noise pollution in cities by transforming their smartphones into sound level meters.

The NoiseTube app, developed by researchers at the Free University of Brussels in Belgium, enables users to record where and at what times decibel levels are highest to produce a detailed “noise map” of the city. Councils can use the data to target noise pollution more effectively, using sound absorbent materials such as foam and fibreglass precisely where they are needed most.

King says there are many such projects looking to harness the potential of big data in the fight against noise – “for example, noise complaint data, or social media chatter related to noise, to better assess public sentiments towards soundscapes. There is a lot going on – which I suppose gives us some hope.”

… joining us from Greece, we have a small favour to ask. Millions are flocking to the Guardian for open, independent, quality news every day, and readers in 180 countries around the world now support us financially.

We believe everyone deserves access to information that’s grounded in science and truth, and analysis rooted in authority and integrity. That’s why we made a different choice: to keep our reporting open for all readers, regardless of where they live or what they can afford to pay. This means more people can be better informed, and inspired to take meaningful action.

In these perilous times, an independent, truth-seeking global news organisation like the Guardian is essential. We have no shareholders or billionaire owner, meaning our journalism is free from commercial and political bias – this makes us different to many others. We can investigate and report without fear or favour.

Amid the various crises of 2020, we recognise the climate crisis as the defining emergency of our lifetimes. We’re determined to uphold our reputation for producing powerful, high-impact environmental journalism that reflects the urgency of the crisis. And when it’s never been more pertinent, our independence means we can scrutinise, challenge and expose those in power on their climate policies and decisions.

A year ago we also published a climate pledge, outlining the steps we promised to take in service of the escalating emergency. And we’ve made good institutional progress since: we no longer accept advertising from fossil fuel companies, making us the first global news organisation to do so, and we’re on course to achieve net zero emissions by 2030.

If there were ever a time to join us, it is now. Your funding powers our journalism, it protects our independence, and ensures we can remain open for all. You can support us through these challenging economic times and enable real-world impact.